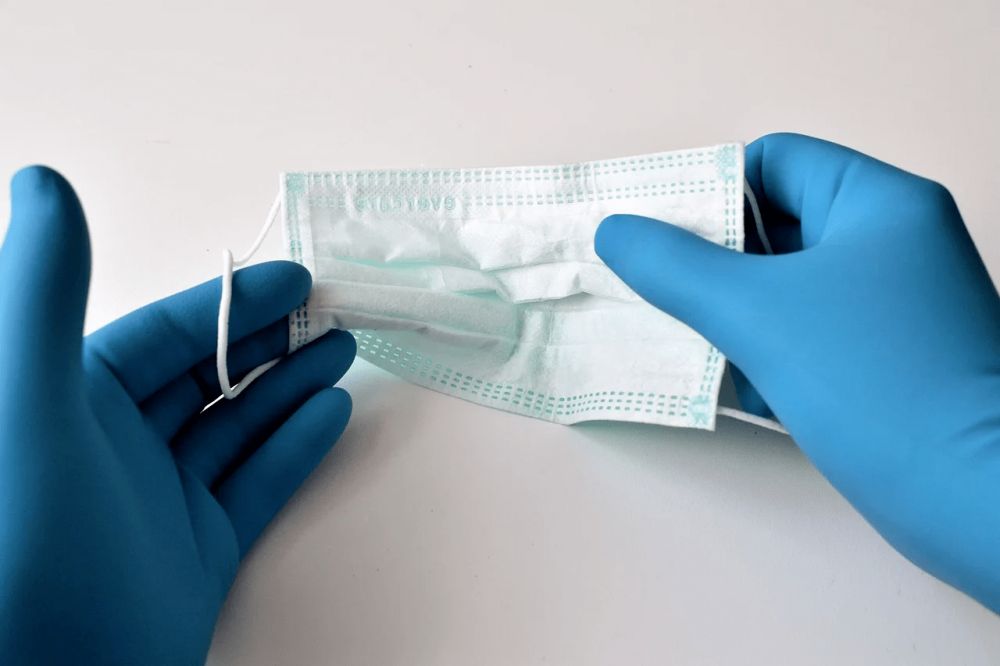 Italy is preparing for the next phase in its battle against COVID-19. Over the next few months, it will gradually ease lockdown restrictions. The Polytechnic University of Turin has estimated that during this period the country will need 1 billion masks and 500 million gloves per month. If only 1% of those masks are incorrectly disposed, the environment would have to deal with 40,000 of extra plastic pollution per month.

Italy is, of course, not the only country facing this challenge. Globally, most of the personal protective equipment (PPE) used to protect citizens and healthcare workers is single-use. Moreover, much of it is hard to recycle. Euronews notes, for example, that masks imported from China consist of multiple layers of different materials, making recycling much more complex. Mike Bilodeau, regional director of PlasticOceans in Europe, has argued that PPE should be produced locally and in a way that it can easily be recycled and reused. That means producing PPE out of a single polymer, so they can be traceable and collected in sealed disposable bins, where they can be disinfected and recycled. Currently, this is only happening on a very small scale, through local cooperations between NGO’s, researchers and regional institutions.

Our reliance on single-use PPE has also been noticed by the European plastics industry. In a letter to Ursula van der Leyen, trade association European Plastics Converters noted that it “would like to draw the attention of the benefits of plastic to the benefits of plastic products and in particular single-use applications during the difficult times we are experiencing at this moment in history.” In light of that EPC asks the President of the European Commission to “inform all Member States of the postponement of the deadline for the implementation of the single-use plastic (SUP) Directive for at least an additional year and to lift all bans on some of the single-use plastic items.”

The SUP Directive, adopted last year by the European Commission, introduced an EU-ban on certain single-use plastic items, with the aim to reduce marine litter, 80% of which comes from land. According to the EPC, the free circulation of these goods is now crucial for health and safety reasons. These arguments were rejected by the EC, noting that the SUP Directive already foresees exceptions for medical devices. Furthermore Vivian Loonela, the EU Commission spokesperson for environmental issues, stated that "in the current circumstances, where many essential economic activities, including waste management are under pressure, it is even more important to continue the overall efforts to reduce waste." She also noted that it is currently too early to assess the impact of COVID-19 on the amount of plastic waste that will be generated in 2020.