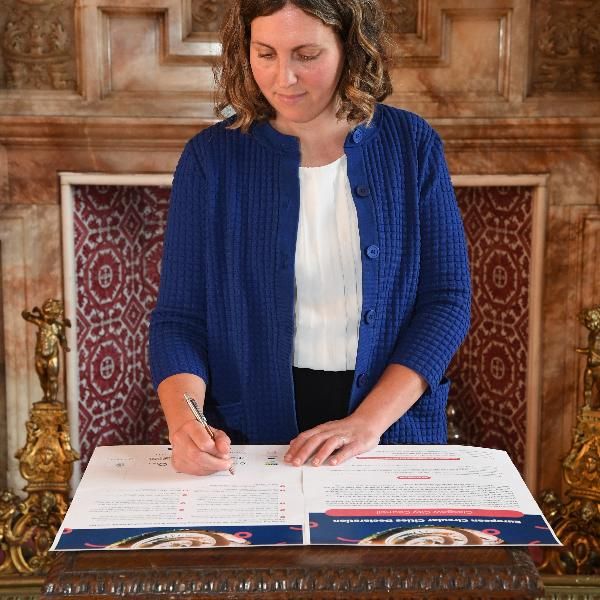 Glasgow has become the first city in the UK to sign the Circular Cities Declaration after receiving support from the council's City Administration Committee in April. By signing the declaration, Glasgow will become a member of a unified network of over 50 cities across Europe, working together to raise awareness of the environmental, economic and social benefits of the circular economy.

City Convenor for Sustainability and Carbon Reduction for Glasgow City Council, Anna Richardson, welcomed the move at the official signing.

Councillor Richardson said: "I'm delighted to sign the Circular Cities Declaration, which commits to Glasgow's transition from a linear to a circular economy."

"Over the last month, Glasgow City Council, have taken major steps as we look towards net-zero carbon by 2030. The Glasgow Climate Plan was unanimously approved at Committee, and we launched the new business charter and website alongside our Sustainable Glasgow partners."

She added, "This signing further cements our commitment to supporting Glasgow's businesses helping them to adopt sustainable business practices, by encouraging them to reuse and repair goods previously destined for landfill."

The Declaration has been developed by ICLEI Europe in collaboration with a number strategic partners, including the Elllen MacArthur Foundation, the United Nations Environment Porgramme, European Investment Bank (EIB), Circle Economy and Metabolic. More information about Glasgow becoming a CCD signatory can be found here.