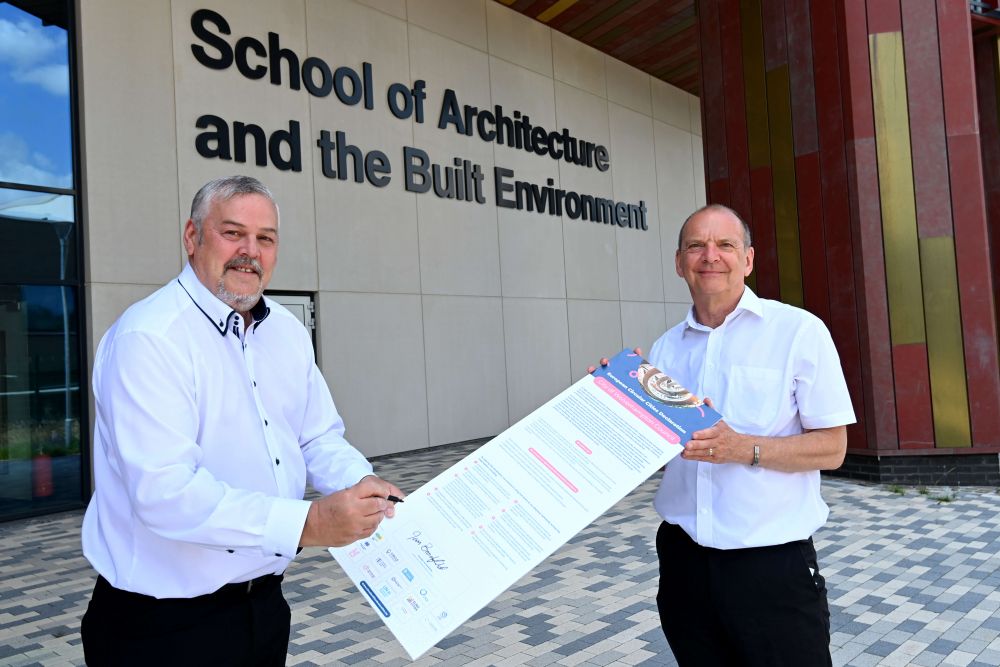 Wolverhampton has become the first English city to sign the European Circular Cities Declaration – a major environmental agreement designed to accelerate the adoption of circular economies across the continent. In signing the declaration, which was developed by a broad partnership of European stakeholders, led by ICLEI Europe, Wolverhampton joins a high-profile network of major European cities, including Helsinki, Oslo, Prague and Florence, committed to creating resource-efficient, low-carbon and socially responsible societies.

Councillor Ian Brookfield, Leader of City of Wolverhampton Council and Portfolio Holder for Economy and Innovation at the West Midlands Combined Authority (WMCA) – the region’s governing authority – said: “Wolverhampton is well-known for its industrial heritage, and while manufacturing remains the fabric of our economy, there is still the perception that our expertise is centred on heavy and traditional processes – but this is simply not the case, as our signature to the Declaration confirms."

“Our city is at the helm of the sustainable revolution in construction, with the National Brownfield institute (NBI) and best-in-class research from the University of Wolverhampton putting us on the map as a unique centre of excellence for environmental development and regeneration. These strengths form a critical lever for enhancing our economy post-pandemic, opening up opportunities to unlock new investments, create jobs and boost skills training for local people in a sector that is becoming increasingly vital to achieving a Green Industrial Revolution. We are proud that Wolverhampton is a city where building back better isn’t just a promise, but a strategy in action."

The certification of Wolverhampton as a Europe-leading centre of green growth is spearheaded by the city’s expertise in sustainable construction. Part of the University of Wolverhampton, its Springfield Campus will be Europe’s largest specialist academic centre for Architecture and Built Environment, offering world-class teaching, research and training in Modern Methods of Construction (MMC) and revolutionary remediation techniques to unlock brownfield development.

More information about Wolverhampton becoming a CCD signatory can be found here.