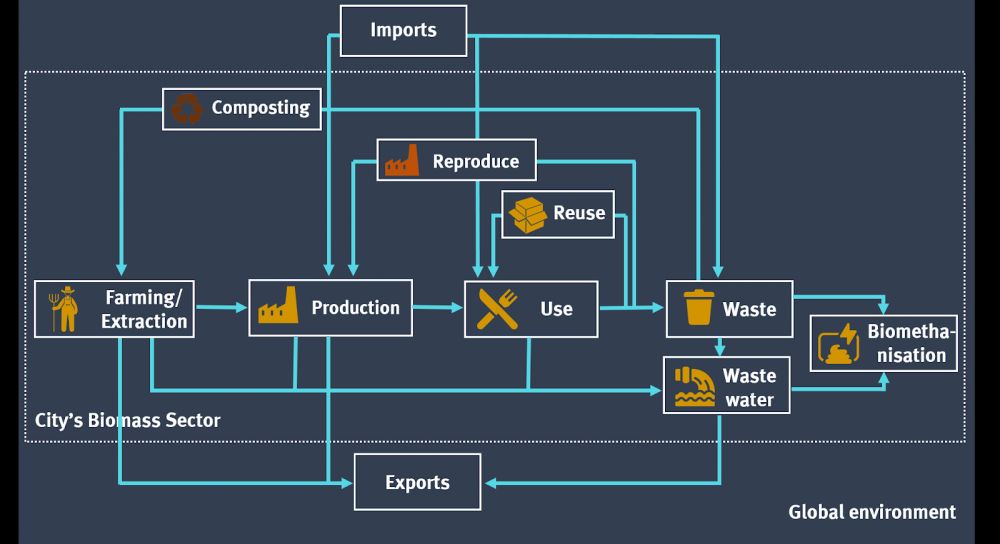 In CityLoops, seven European cities are taking actions to make construction and demolition waste (CDW) and biowaste more circular. For these actions to have a bigger impact, it is important to look at the big picture, and have a better understanding of the biomass and construction sectors as a whole. For this reason, CityLoops partner Metabolism of Cities has been focusing on the entire life cycle of flows in these sectors, rather than just one aspect of it.

These sector circularity assessments can be quite complex. To better understand why these happen, and their relevance to the project, Metabolism of Cities has put op two videos explaining how it has been exploring circularity in CityLoops’ cities Mikkeli (Finland) and Bodø (Norway). In both cities, their urban circularity led to some interesting conclusions. For example, in Mikkeli wood plays an important role in both the biomass and the construction sector, showing how the two sectors can be interwoven with each other. In Bodø, Metabolism of Cities found out that there is almost no extraction happening. Almost everything there is imported.

Metabolism of Cities’ work in CityLoops will make it easier to upscale the actions undertaken by the cities. It will also give cities outside of CityLoops a better understanding of how they can replicate these actions, and what their priorities should be. Furthermore, such a system analysis can help cities better motivate their decisions, as it allows them to clearly set the boundaries of their work and put it in a larger context.