Espoo is building the circular street of the future 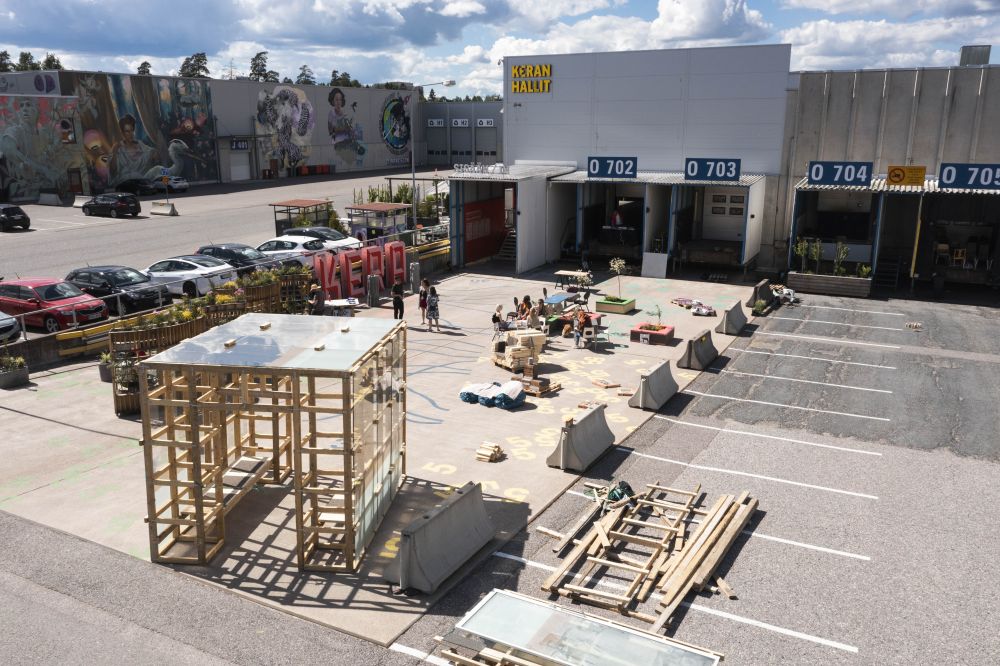 Espoo is piloting how the cities of the future could look like on a 40-metres stretch of a street construction site. The city wants to explore how a street can be more than just a route for people and goods to pass through, but also a social space where citizens can connect with each other, green corridors are built, and renewable energy is produced.

To that end, the street entrance is built out recycled wood, and over the course of a week in June, the construction area was filled with street paintings, wood-structured green walls with benches, and planting troughs 3D-printed out of concrete. The aim was to show how a people-centered street of the future could look like. The intervention had the desired effect. Even while under construction, the street became a hanging spot where people were hanging out, skateboarding and talking to strangers. Pedestrians, cyclists and drivers all shared the street together where there are no speed limits, but “suggestion to slow down” painted on the road.

The street is being built in Kera, a former logistics area that is being transformed into a sustainable, circular residential area that will be a testbed for various pilots. The city of Espoo wants the area to become an international example of circularity where citizens will be able to make sustainable decisions in their everyday life and where nature-based solutions will be used to make concrete jungles greener and more liveable.

Additionally, “In Kera, companies can develop the urban solutions of the future, which we hope will be replicated in other parts of Espoo – and the world. Through active development work, we can increase Espoo’s handprint, meaning its positive climate impact,” notes Emmi Kauhanen, Development Manager for the City of Espoo.

More on Espoo's circular activities in Kera can be found here.

Espoo is a CCD signatory and a CityLoops replicator city.