Circular Economy Transition: The Role of Cities and Local Authorities 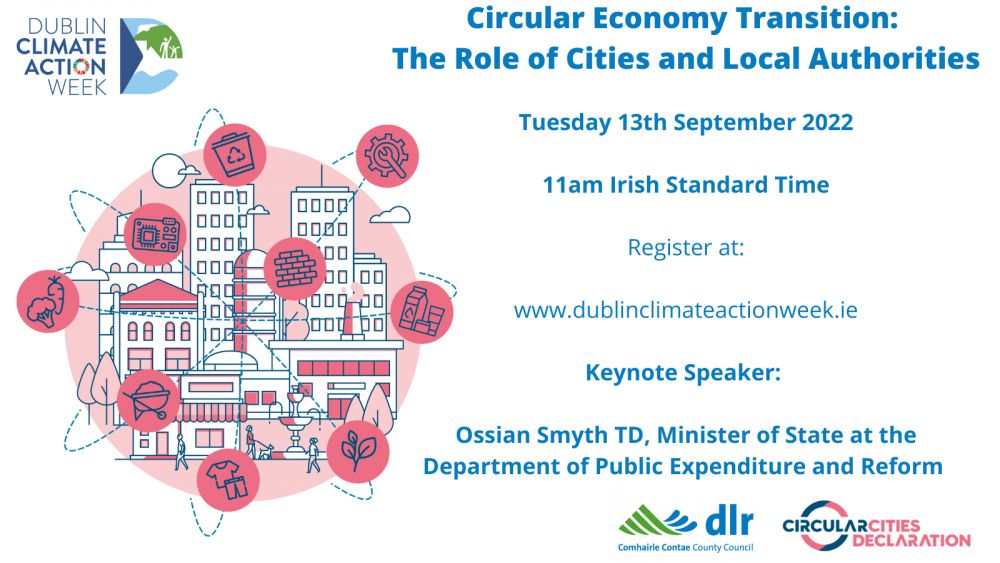 A circular economy is a model of production and consumption, which involves sharing, reusing, repairing, refurbishing and recycling existing materials and products as long as possible.

Did you know that:

The key note speaker at the webinar will be Ossian Smyth TD, Minister of State at the Department of Public Expenditure and Reform, who will speak on the adopted Circular Economy and Miscellaneous Provisions Act 2022. Other speakers include: